If you are a job seeker you are probably getting used to the drill, you apply for a job position only to discover that you need to sit for a pre-employment screening test as part of the recruitment process. Today, pre-employment tests have become commonplace as businesses are employing psychometric tests to assess the personality traits of potential employees in order to see how well their personality matches a specific job role. The NEO Personality Inventory test is one popular personality test used during the hiring process.

What is the NEO Personality Inventory? 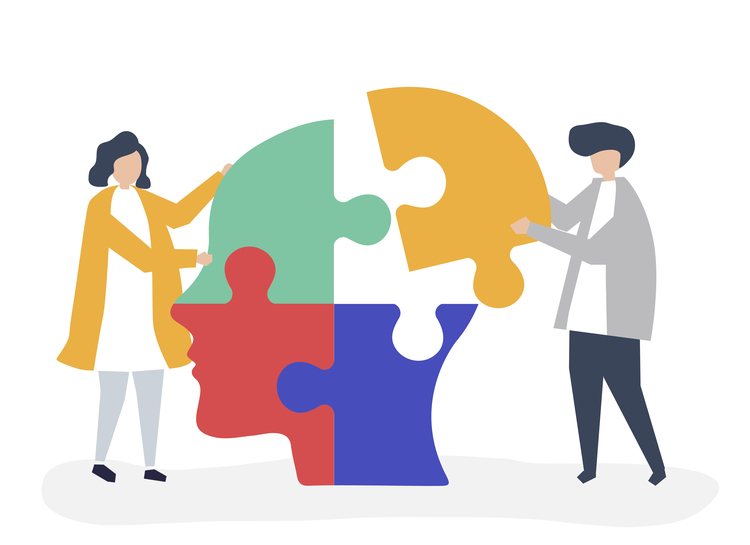 The Revised NEO Personality Inventory, named such due to the name of its original version (the Neuroticism-Extraversion-Openness Inventory), is a psychometric testing tool used internationally for pre-employment assessment throughout the recruitment process, as well as being used for general personality testing. It can also be used as an indicator of which prospective career paths best fit an individual, and has demonstrated a capability in identifying the personality traits of both adolescents and adults with great accuracy.

The NEO Personality Inventory measures 5 main personality dimensions, which are comprised of 6 facets each:

How is the NEO Personality Inventory Scored?

Once the test is completed, a report will be issued to you, your employer, or both parties. This summarizes every element assessed in the test (the 5 factors and all facets in the NEO PI-R, and the 5 factors only in the NEO-FFI), marked as either Low, Medium, or High for each element, giving a brief description of the strengths associated with that score.

Reports are presented in an easy-to-understand visual format, for ease of interpretation for both the test-taker and prospective employer. A score is given from 1-100 for each trait and (where applicable) for each facet. A short explanation of each score is provided.

It should, however, be noted that the accuracy of the test is highly contingent upon the honesty of the test-taker. For this reason, it is not possible to successfully apply this test to those who have psychopathology or those who are adept at deceiving others about their internal thought processes. Because of this, it is common to combine both self-report data and external observation of an individual in order to gauge the accuracy of the report.

As a safeguard against dishonesty in the exam, if more than 150 or less than 50 responses are ‘agree’ or ‘strongly agree’ then the results will be flagged in the report as requiring the discretion of the reader as a result of uncertainty over the potential honesty of the candidate. Additionally, the assessment will not be evaluated if more than 40 items are unanswered.

For a greater insight into the manner in which the NEO Personality Inventory is scored, Prepterminal’s expert psychometricians have produced a test preparation course with text and video modules to ensure that you fully understand the contents of the test in advance, so you may enter with full confidence in your own knowledge.

How Employers Use My Personality Information?

As seen, scores for each of the sections in the NEO Personality Inventory test will be summarized in the form of a report, which can be given to you or your potential employer, or both. Employers use the NEO-PI-R reports when making pre-employment decisions and thus commonly use the NEO Personality Inventory to evaluate job candidates to find the best fit for a given job role.

Employers also draw on these reports to help them identify their strengths and weaknesses so they can make more effective hiring or promotion decisions. For example, if you are joining a company where you will be placed into a close work group, then the hiring company may use a personality test to decide which group of people you would work most efficiently with.

The NEO-PI-R can also be used for assessing existing employees, right through to senior executive training and assessment. Employers may assess current employees, so they can foster their individual strengths and develop effective teams. HR departs also use these test results, for example, to anticipate possible personality clashes before they become apparent in the workplace.

Validity of the NEO Personality Inventory

A driving factor behind the widespread use of the NEO Personality Inventory by employers is the academic consensus on the validity of results. It is seen that results from the NEO Personality Inventory correlate with those of other personality inventories as one would expect, most notably with the Myers-Briggs Type Indicator and John Holland’s ‘Self-Directed Search’. In addition, criterion validity (simply put, the manner in which the criteria of the inventory is reflected in the real world) is extremely well-regarded in the NEO Personality Inventory: the personality factor results given have been found to be significant predictors for various factors, such as the manner in which Conscientiousness predicts the GPA of college students and how Neuroticism is a strong predictor of computer anxiety.

It is also well-documented that the scales used in the NEO Personality Inventory are stable across different countries and cultures. That being said, while the stability is highly consistent cross-culturally, it has been observed that the dimensions of neuroticism, openness, and conscientiousness are cross-culturally valid, while extraversion and agreeableness are more culturally sensitive. This is, of course, to be expected – there is a great deal of research to indicate differences in extraversion and agreeableness between cultures. For instance, it has been found that those from Italy display a great deal of extraversion, owed to the nationally-valued sense of gregariousness, while those from Great Britain are found to be far less extroverted but more agreeable in discourse. To this end, the fact that these two factors are culturally relative should not necessarily be taken to be a problem with the assessment.

The real-world application of the NEO Personality Inventory is exactly why it is widely applied by employers; the metrics gathered by the inventory are tried and tested to be accurate predictors of the behaviors it purports to predict, and as such it is an invaluable tool to employers in selecting appropriate candidates for employment.

The NEO Personality Inventory Test can be used for job-placement, self-reflection, and understanding, and for learning how to more effectively interact with other team members at work. If a job demands specific character traits and personality types, then you can use the NEO-PI-R to show your potential employer that you have these sort-after characteristics.

In addition, the NEO Personality Inventory can be used to understand the characteristics of those around you. For example, sometimes sporting teams use personality tests to help the team member learn about one another. The NEO-PR-I can be a great tool to bring team members together and can be used to foster a productive teamwork environment.

Another reason for taking the NEO Personality Inventory test is for the purposes of self-reflection. This test can provide you with a way to classify your various personality traits bringing your awareness to aspects of your personality you may otherwise not be aware of. For instance, if you are regularly required to present speeches in front of people as part of your job role, but have always felt nervous about doing so, knowing that you are by nature an introvert may help you understand where the nervousness is coming from.

How to Prepare for the NEO Personality Inventory

While the NEO Personality Inventory does not come with an outright pass/fail result, it has been observed across many sittings of this examination and the resulting decisions taken by employers that there are certain strategies that are favorable when taking the exam. The test is intended to assess the candidate’s personality traits – by understanding the questions and exactly what they reflect a candidate can more accurately showcase the positive elements of their own personality which are considered by employers to be desirable. Prepterminal’s comprehensive NEO Personality Test course provides you with the resources and know-how to present yourself accurately and favorably to prospective employers, getting you one step closer to that dream job.